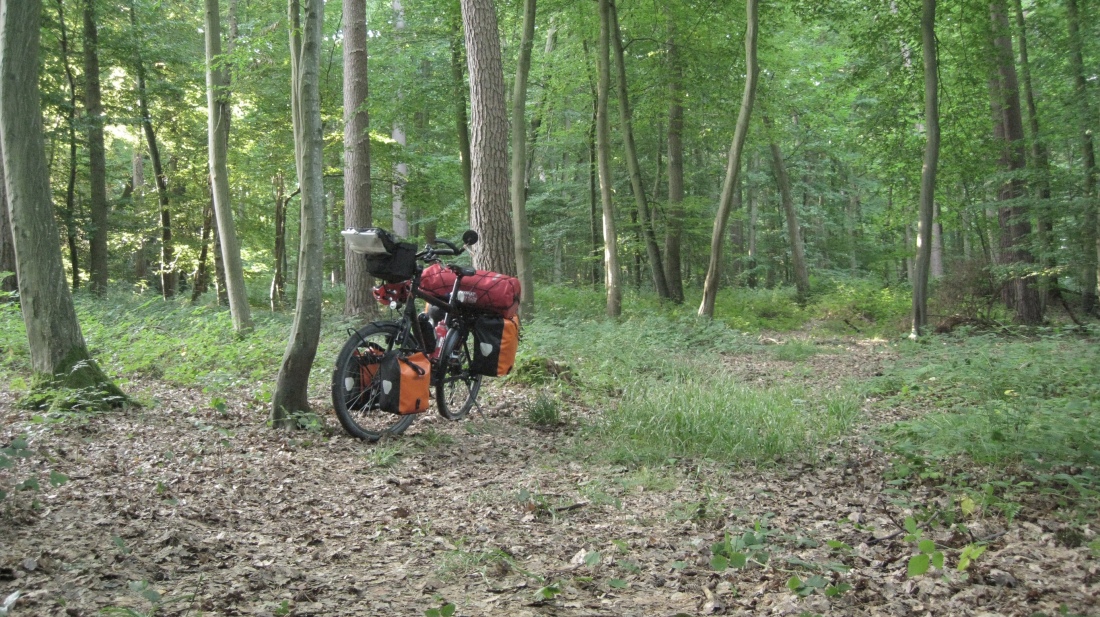 5:50am
The silence as night turns to day. The call-and-response harmonies of the owls are silenced for another shift from the Sun, and they return to their hallowed chambers of repose and security, secure from the terrors we diurnalites welcome with glee. How we take for granted the joy of passing into day and into the hours where there is less darkness for the imagination to illuminate.

The daylight shift tentatively begin stretching and warming their vocal chords. The lazy chatter from the far-from-yet fully roused winding themselves up. Only the cockerel sounds like he woke as a Jack released from its box (only, we all know they have a cheeky warm up about 90 minutes before the curtain’s due to rise). The soothing lethargy of the other members of the Dawn Chorus, though, is still coming together as a spring being gently wound, harnessing the energy required to release the most joyful ode to life.

6:30am
The night-shift has truly gone. The day-shift is returning, amongst it I am one. That 40 minutes of silence, a deathly hallowed pause, I felt the life that filled it, the energies it binds: full of all we are and what we’re meant to be. 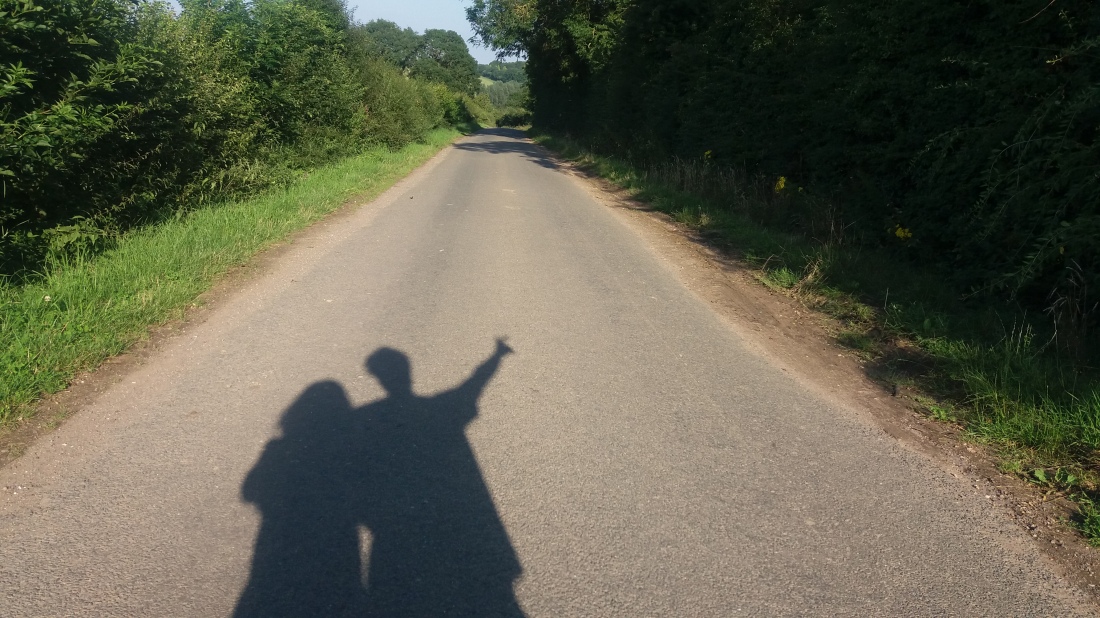 The bikes remain in the garage.

The funeral was on Thursday. Short, sweet and fitting. Memories were shared. Grief was shared. Love was shared. Bread was broken. Life was celebrated. Laughter was raised.

The bikes came out again yesterday. Pannierless, we wrestled nothing – wobbling along the first 500 metres like a pair of drunks trying to disguise their tipsiness.

But, as the town became a village, and the village became a country lane, control and familiarity were regained, and it felt great to push the pedals round and round, pump some blood around the body, and clear the cobwebs gathering dust.

It had been less than a week since we arrived, already much hardened by our three weeks on the road, and it’s amazing how quickly you can soften up given a week of relative inactivity.

Can’t be sure when we’ll be back proper Tracing-Horizoning again, but we’re inching along the red-tape maze and it feels like the end is in sight. Don’t count your chickens an’ all that, and I already feel like I’ve cursed it, but, yes, I sense we’ll soon be back on the road and making our way Southward again – approaching from the North rather than the East, as originally thought a little over two weeks ago.

Since we set out on this whatever-it-is-we’re-doing, time has seemed so much bigger: minor moments filled with so much new that 24 hours can feel like a week, a month, a year, which is fantastic, and does make you pause for thought when you consider how repetitive a stationary day-to-day life can be if you allow it.

When travelling, I look at yesterday as if it came from another time. I guess we’re used to looking back at events and assuming there are blocks of mundaneness in between, unworthy of remarking or reflecting on – though maybe we should reflect more on why those unremarkable days exist and whether we want more or fewer of them.

Again, despite being stationary for a week now, last Sunday feels so far away: a week full of things not for the action movie silver screen, but the stuff of poetry and verse. A period full of empty: being touched by things I can’t identify or recognise, but that trigger all kinds of responses and reactions.

It’s grief, it’s love – it’s life, in one of those raw moments when you feel and recognise it for what it is; and that is as valuable as hanging off a suspension bridge by your teeth on a fraying elastic-band, or something.

And now it’s time for the life of those living in the human form to move forward.

But again…
…a little bit different. 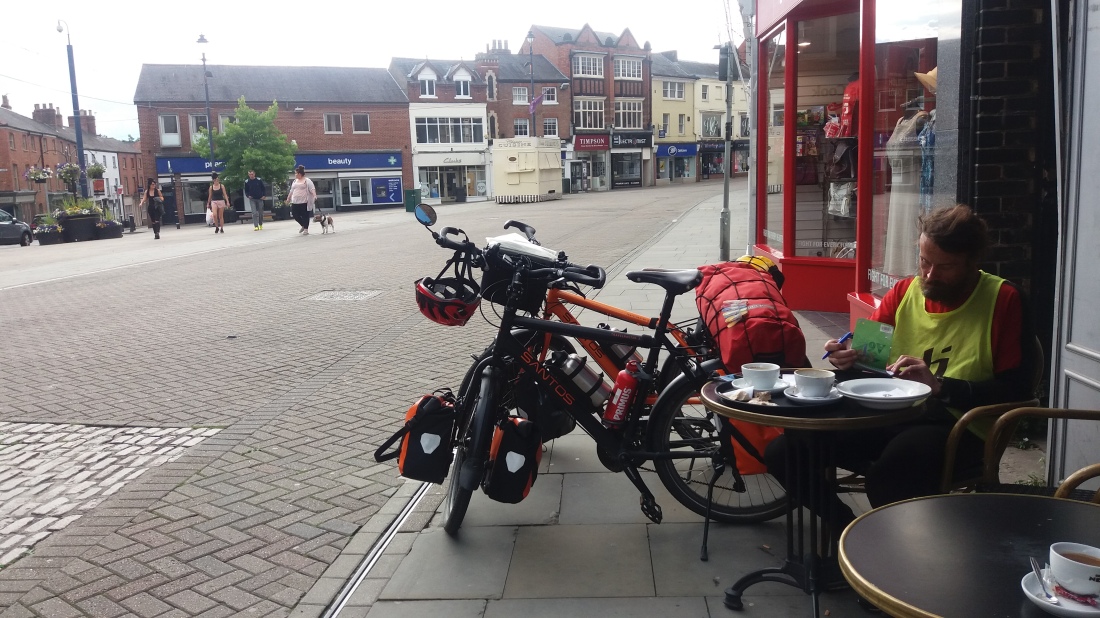 WWOOFing ✌🏼
Eco volunteering - WWOOFing at Dwarsligger33 in Melle, Belgium
Sightseeing selfies aren’t the same anymore 😂😥😷📸
City of Ghent on a sunny Sunday 💚 🚵🏽‍♂️🚵🏽‍♀️
At Dwarsligger33 they grow their own bamboo plants, so that if they need to build anything out of them, there is always plenty to harvest. Pretty self-sufficient and it saves a lot of money 👍🏼🌿
One of the most beautiful places in Macedonia we went to - Galicica National Park 💚🚵🏽‍♀️🚵🏽‍♂️ and yes, it’s all the way up when leaving Lake Ohrid behind, and a sharp descent towards Lake Prespa.
Loading Comments...
Comment
×